Home city guide what not to miss while in varanasi

What Not to Miss while in Varanasi

Varanasi or Benaras or Kashi is one of the most prominent spiritual and cultural destinations of the country. The city is designed to steal the heart with its cornucopia of sights, sounds and wondrous tales of mythology entwined with its fabric. My visit to Benaras passed in a whirlwind of fun and activity and I learnt that there are some things that one should absolutely not miss doing while in Benaras. 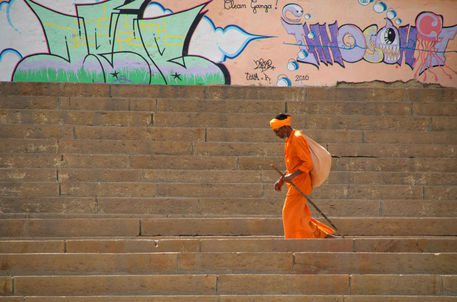 A walk along the Benaras Ghats

Every ghat in Varanasi has its own meaning and spiritual symbolism. There are some Ghats which are only meant for washing clothes while some like Assi Ghat is only meant for bathing. Cremation special ghats are Manikarnika Bath while the Tulsi Ghat is said to contain divine prowess for leprosy cure. A walk along these ghats is not only a chance to soak in the eclectic atmosphere but also to learn about the rich tapestry of lore and tales about Varanasi. 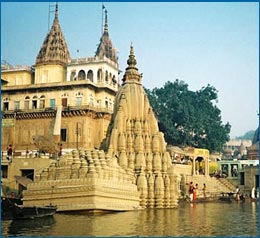 If you are religious or spiritual by nature then you will be lost in bliss seeing the magnificent temples of the city. The number of temples here is unrivalled as there is one in every corner of the city. Once you are in Varanasi do not forget to visit the Kashi Vishwanath temple, the BHU Campus temple, Baba Keenaram Ashram temple, Mahatma Gandhi Kashi Temple, Durga Mandir temple, Tulsi Manasi Temple and Annapurna Temple. The evening aarti at the temples is fantastic and the entire city sways to the sounds of soulful hymns and chants.

Varanasi is aptly called the city of Gallis. A trip to Benaras is incomplete without getting lost in its charming little gallis. The famous lanes of the city are Vishwanath Gali, Kachori Galli, Brahmanala Galli, Bangali Tola Galli, Nandan Sahu Lane etc. the lanes are filled with visual delights like ancient majestic houses, handicraft stores, bronze artifacts etc. every kind of Shivalinga in the world can be found in Vishwanath Gali. Arm yourself with a camera and start off on an expedition of the lanes of Varanasi.

The harmonious clicking of looms will entice you towards the dingy streets of Madanpura and Gowdowliya in Varanasi where there are umpteen cozy little shops which sit hidden inside ancient buildings. Once you enter these areas you cannot escape without buying at least a couple of Benarasi sarees. 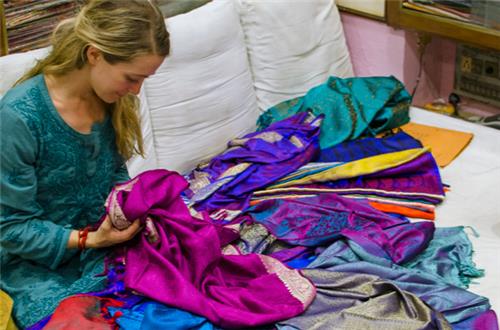 Visit Jaharlall and Pannalall in Gowdowliya market and Pandey Saree Industry near the Manikarnika Ghat. The famous ring test where a whole saree can pass through a ring is the ultimate test for the fabric.

Discover the making of Musical Instruments in Varanasi

Varanasi is one of the hot seats of music and culture in India. After all this is the home of masters like Bismillah Khan Ji and Panditji Ravi Shankar. Hundreds of people visit Benaras or Varanasi to learn how to make music and to witness the making of instruments like Sitar, Shehnai and Tabla. If you love music then you can pass hours learning the nuances of such instruments in the tiny shops around Bengali Tola in Varanasi. You don’t actually have to buy an instrument; the ancient shopkeepers are all artists in themselves and will gladly share their musical journey with you.

A Bird’s Eye View of Varanasi

Varanasi is such a busy and bustling city that it is difficult to capture all the sights and sounds of the city from the ground level. Go and have a meal at one of the umpteen hotels with a roof terrace in Varanasi; the view will be astounding and you will be able to see the whole city in one glance. 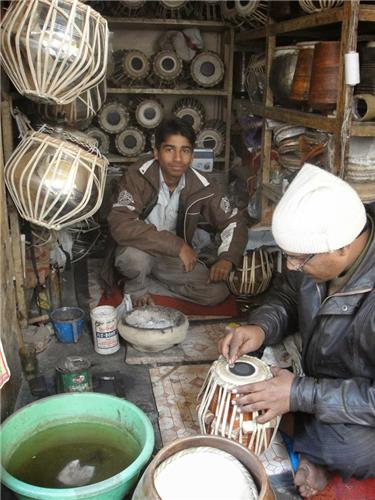 Some places you can try out are Alka Hotel and the Ganapati Guest House besides the Temple Hotel near the Ghats. Make sure that you take your camera along to capture the stunning view.

Gorge into Delicious Food of Varanasi

From hot kachori and jalebi at breakfast to glasses of thandai the best place to experience the delectable street food of Varanasi is near the ghats. Try the famous "Benarasi Paan” at Deepak Tambul Bhandar near the Dashahvamedh Ghat as it comes with an extra strong dose of mint. 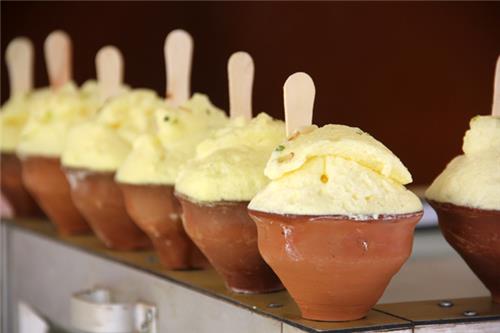 Get a Haircut in Varanasi

This particular activity may not be everyone’s cup of tea but for adventurous souls and for those really needing a mundan, Benaras is actually the best place. The streets are dotted with barber shops of variable sizes and they will give you any haircut you want plus a really good blow dry at affordable price. You will get to know gossip about the whole town and more information (than found in a regular tourist guide book) from these shops.

So the next time you visit this marvelous city do not miss out on these activities.