Varanasi also named as Kashi,and often referred as Benaras too, is a religious epitome of India. It is believed to be the oldest place in the whole world where living beings were discovered. According to the Hindu mythology, it was this sacred place which was the abode of God Shiva and Goddess Parvati. No matter the religion whether its Hinduism or Jainism or even Buddhism, Varanasi plays an important role and it is considered as the most sanctified city of the seven sacred cities by all. 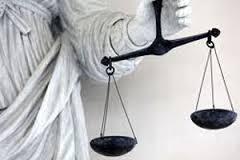 The Judiciary system was first implemented in the year 1913 when the civil court was first constructed across the River Varuna. At that time the entire judgeship was looked after by the district judge. It was in the year 1923 that Munsif Hawali and Munsif City was established and a new formality of judgeship was established where territorial jurisdiction was present over the entire district of Varanasi. In those years, the Varanasi Judiciary had two outline courts one in Gyanpur and one in Chakia. However, all courts in Varanasi were efficiently controlled by Allahabad High Court at that time. It was the district judge who used to look after the civil and criminal matters. The scenario, however, changed as and when districts were curved from the old constructed Varanasi district like district Sant Ravidas Nagar (Bhadohi) in 1994 and district Chandauli in 1998. According to the present status, the area of Varanasi district is 1535sq km and as of 2011 the population is 36,82, 194 persons managed by 27 police stations. The police stations which come under the Varanasi judgeship are Mahila, Ramnagar, Kotali, Adampur, Chauk, Dashshwamedha, Luxa, Chetganj, Jaitpura, Sigra, Bhelupur, Lanka, Manduadeeh, Cantt, Sarnath, Shivpur, Mirzamurad, Kapsethi, Baragaon, Rohania,Lohta, Jhasa, Cholapur, Chaubeypur, Phoolpur, AHTU and GRP Cantt.  Including the session and judge court presently Varanasi has 53 courts managing the law in the city. The judiciary system down the years has gone through several phases and has successfully maintained the law and regulation of the district.

The judgeship of Varanasi court consists of one district judge and one session judge. The jurisdiction under these two judges is the entire Varanasi district. Apart from them there are 14 additional district judges and three additional session judge or they may be termed as special judge too. The later one that is the special judge quota includes Special Judge SC/ST act, Special Judge Anti Corruption Act) and Special Judge E/C act. Apart from this, for the family court, there is one principle judge. One judge along with an additional judge looks after the small cases court. In this judgeship there is one Chief Judicial Magistrate, one Special Chief Judicial Magistrate and 12 Additional Chief Judicial Magistrates. The responsibilities and jurisdiction of all are well diagrammed and the city abides by the same.

A well organized and well executed judicial system in Varanasi helps the notorial activities within the city well controlled so that the people of the city as well as the visiting tourist (since it is a primary tourist place for the devotees) get a healthy and law abiding peaceful city to stay in.