Varanasi is a city which has its own culture, with absolute contribution in art and literature. Some of the great Indian writers like Tulsidas, Ravidas and Kabir have lived in the city and created magic with their writings which we still remember after ages of their life. Famous art and Music lovers like Bismillah Khan, Ravi Shankar, Omkarnath Thakur Girija Devi, Lalmani Mishra and many other have engaged themselves in performing in the city keeping the interest in art and music alive along with entertaining them. Open music concerts organized at Sankat Mochan Temple, Chaiti Mela etc are popular performances which attract people from near and far. Other musical shows or theaters or seminars happening in the best of auditoriums in Varanasi are also equally appreciated. Expression of art and culture can be done through various mediums. Just like musical shows and concert,cinema is also a form of entertaining art. Movie theaters in today’s date have fetched huge popularity. For the people of Varanasi there are plenty of Cinema halls and Multiplex screen which shows modern cinema of both Indian and Foreign origin. 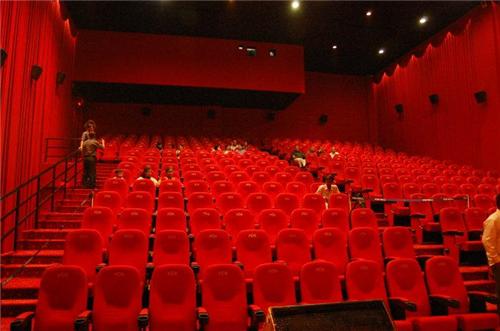 Entertainment has many ways and Varanasi city has facility to accommodate these options of huge, spacious, well decorated auditoriums and super facilitated, modernized cinema halls and multiplexes. For the benefit of the readers few of the event happening and popular auditoriums along with major cinema halls of Varanasi have been listed below.

Apart from traditional cinema halls there are few multiplex in Varanasi too. The list of Multiplexes in
Varanasi:

The list of best event sponsoring Auditoriums in Varanasi are:

Movie theatres are one of the most demanding and popular hang outs in any city. Varanasi acknowledges the interest of people in movies and have some of the finest movie halls in the city. The lists of Movie Theaters in Varanasi are