Today, Sarnath is respected as the place where Gautam Buddha spread the words of Enlightenment to his first five disciples. Isispatana, as Sarnath is also known is one of the four pious sites as recommended by Lord Buddha. This place is also revered by Jains as the eleventh Tirthanakara of Jains, Sreyanasanath was born a kilometre away from Sarnath. Not only Buddhists ad Jains but tourists from various parts of the world visit this quaint town to experience its religious and architectural beauty. The town is also known for its famous deer park. 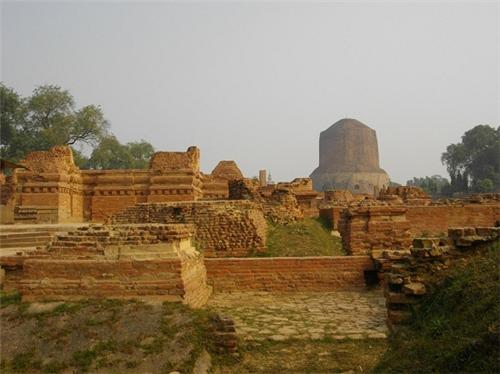 Sarnath is located 13 kms away from Varanasi and the best way to reach the town is by taking a ride from Varanasi. As per legends, Sarnath had its name from Saranganath meaning, “Lord of the Deer”. According to a Buddhist story, a deer named Bodhhisattva surrendered his life to a king instead of a deer which the latter wished to kill. The king was so moved by the gestures of Boddhisattva that he created a sanctuary for deer and named it Sarnath.

After attaining Enlightnment in Bodhgaya, Buddha travelled to Sarnath where he taught his five disciples the four noble truths or Dhammmacakkapavattana Sutta. During the same period, a Sangha or a community of enlightened people was formed in Sarnath. The main task of the Sangha was to preach the words of Buddha.

Places to Visit in Sarnath 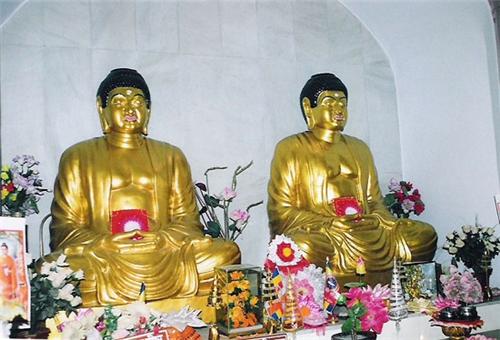 Many ancient structures, mostly built during the reigns of emperor Ashoka can be found in Sarnath. Unfortunately, most of these architectural wonders were destroyed by the Turks during the invasion and what lies today are the ruins. Some of the interesting sites are:

Chaukhandi Stupa – This marks the place where Buddha met his five disciples for the first time. The Stupa is currently undergoing restoration.

Dhamekh Stupa – It is an impressive structure of 128-feet-high built during Ashoka’s period.

Dharmarajika Stupa - This is one of the rare pre-Ashokan stupa. Today, only the foundation can be seen as the entire stupa was taken to Varanasi in 18th century to use it as building materials. Records suggest that during the transfer of the stupa relics were found, which were consequently thrown in river Ganges.

Mulagandhakuti Vihara – This site is mostly in ruins. This is the place where Buddha is said to have spent his first monsoon after attaining Enlightenment. There is also a modern Mulagandhakuti Vihara. This is a monstery built during 1930s by Sri Lankan Mahaboshi Society. This pretty looking monastery has soon beautiful paintings adorned on its walls. Just behind the Vihara is the famous deer park where one can witness deer even now. 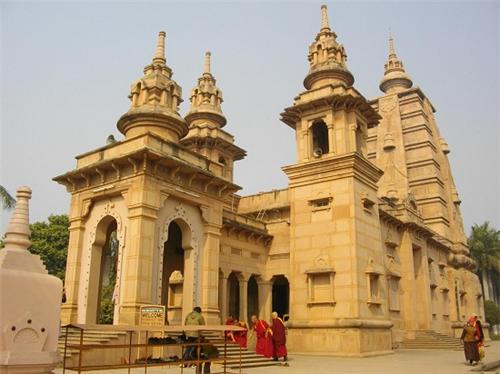 Ashok Pillar – Built by emperor Ashoka, but was destroyed by the Turks. The base of the pillar still remains and its famous “Lion Capital of Ashoka” can be found in Sarnath Museum.

Sarnath Archaeological Museum – The famous lion capital along with some refined Budhha images dating back to centuries can be found in the museum.
Phone no.: 0542 2595095

A peepal tree planted by Anagarika Dharmapala can be found here. It is said that this tree has grown from a cutting of the famous peepal or Bodhi Tree of Bodhgaya.

Places to Stay in Sarnath

There are a few good accommodation places in Sarnath. Mahabodhi Dharmashala, Forest Rent House, Jain Dharmashala and Uttar Pradesh Tourism Guest House are a few of them.

Explore more about Areas and Localities in Varanasi