Resorts in and near Varanasi

‘The city of temples’, ‘the city of lights’, ‘the oldest living city on earth’, Varanasi has been given many names but this ancient city is undoubtedly the religious capital of India. Located on the banks of the river Ganges (Ganga) in the state of Uttar Pradesh southeast of the capital Lucknow it is one of the oldest cities in the world and the oldest continuously inhabited city in India. According to legend it was founded by Lord Shiva and is the holiest of the seven sacred cities in Hinduism and Jainism and some Hindus believe that death at Varanasi brings salvation. The city has also played an important role in the development of Buddhism. Varanasi is famous for silk weaving, brassware, copperware and gold jewellery and Banaras brocades are popular the world over. The heritage of Varanasi has made it an important pilgrimage and tourist destination which has led to many resorts opening in and around the city. These resorts offer comfortable lodging at an affordable price with all amenities and facilities as one may desire. 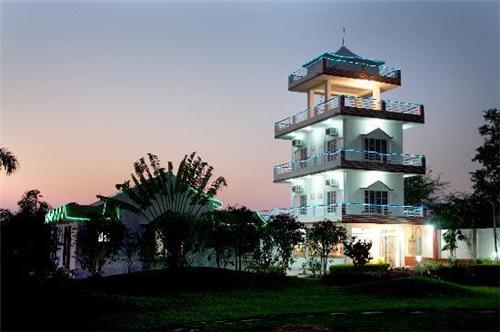 Here is a list of famous resorts near Varanasi where you can spend a leisure time with your friends and family.