Places to Visit near Varanasi

Varanasi, the city of spirituality, is a wonderful city in its own. It is also known as Banaras or Kashi and is a city that is located on the banks of holy River Ganges in Uttar Pradesh. The capital of the state, Lucknow is almost 320 km south east of Varanasi. Seeing sadhus and pilgrims on the ghats is one of the most common scenes. The culture of the city is closely associated with the Ganges and its religious importance. Foreign tourists, writers, researchers and more throng this destination all round the year. Apart from the tourist attractions in the city, there are plenty of places to visit near Varanasi too. Some of them are as follows: 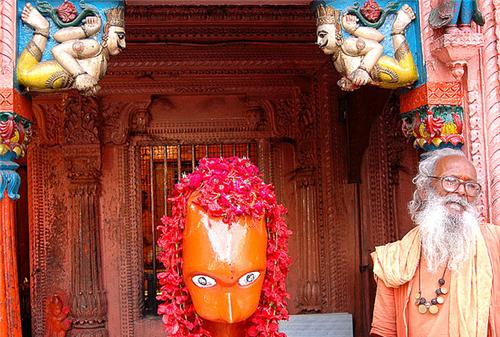 Vindhyachal is one of the most important Shaktipeeths that is located at almost 64 km from Varanasi. It is believed that after killing Mahishasur, the demon king, Goddess Durga also known as Vindhyavasini established herself here, at this place. Vindhyachal is not only important from mythological point of you but also for its beautiful natural surroundings.

One of the most popular attractions in Vindhyachal is Sita Kund which has great mythological importance. Ashtabhuja Temple is situated when one climbs almost 48 steps from Sita Kund to another low hillock. Very close to this temple, there is another temple that is devoted to Goddess Kali. The sacred waters of Brahmakund and Agastyakund can relieve the sins of anyone who takes a bath in these holy waters. Besides, the Ashram of Anandmayee Ma is also located in this area. Taking a private taxi is the best way to reach Vindhyachal.

Located at 23 km to the south west of Varanasi the Chunar Fort lies in Mirzapur district of Uttar
Pradesh. Along with the Chunar town, the two places have common history and legends. The history of the fort spans from 56 BC and has witnessed many rulers, dynasties and ups and downs. In 1952, it was ruled by Afghan descendent Sher Shah Suri followed by Mughal Empire rule and many others like the Nawab of Awadh and finally the British Raj up to 1947 when India finally got its Independence. Since then, this fort attracts many visitors throughout the year. 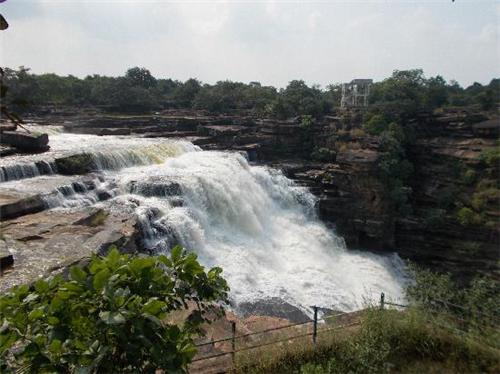 The Chandra Prabha Society is around 55 km towards the South East of Varanasi. This place is home to several picnic spots, scenic waterfall like Devdari and Rajdari and dense forest and thus, attracts huge number of tourists every year. A huge variety of plants and wild animals such as chital, blackbucks, nilgai, wild boar and sambhar are found in this wildlife sanctuary. By taking a taxi, you would reach this place in around 1.30 to 2 hours.

This wildlife sanctuary is located at a distance of 130 km from Varanasi. It extends to an area of 500 sq km. One of the most important attractions of this sanctuary is the Mukha waterfalls. Apart from this waterfall, many species of wildlife and plants can also be seen here.

Located at a distance of almost 10 km from the city of Varanasi, Sarnath is believed to be historically rich since the Ashokan period to 12th century. The archaeological museum of Sarnath has sculptures of Buddha and Bodhisatva. There are numerous stupas and monasteries at Sarnath and the spot where the stupa is located is the place where Buddha gave his first sermon. It is recommended that you take a taxi to reach this place in around 1 hour.

Serving as an interesting site to the architectural historians, Jaunpur is situated at almost 58 km towards the north west of Varanasi. The mosques of this place are built in a unique style (part Hindu and Jain, part Islamic). The most amazing mosques have been built on the ruins of Buddhist, Jain and Hindu temples and are spread out on almost 2 to 3 km. Some of the mosques and tombs that are worth seen here include the Atala Masjid, the Jama Masjid, Jhanjhri Masjid, the Char Ungil Masjid and more. Take a taxi to reach Jaunpur. Usually, it will take around 2 hours to reach this place. 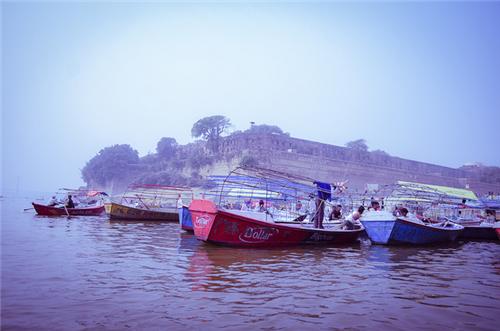 Another city of great religious importance, Allahabad is situated at a distance of 135 km towards the west of Varanasi. Even the Vedas, Puranas, the Mahabharata and the Ramayana also mention about this city by the name Prayag. The city is located at the confluence of the rivers Ganges and Yamuna. Sangam is home to numerous fairs and rituals and thus, attracts thousands of pilgrims from all over the world throughout the year. It was in 1575, Akbar gave a new name 'Illihabas' to the city and also built a fort on the banks of the Sangam. Reach Allahabad by travelling in train or taxi as per your convenience.

Bodhgaya and Kushinagar are located in Bihar and are of great religious importance for Buddhists. Buddha attained enlightenment under the famous Bodhi tree in Bodhgaya. Along with the tree, the magnificent Mahabodhi Temple is located. According to the inscriptions, the visits of the pilgrims from the countries including Myanmar, Sri Lanka and China during the 7th and 10th century are described.

Kushinagar, famous for the Mahaparinirvana (death) of Lord Buddha is located almost 51 km from Gorakhpur. This town operated as the center for the Malla kingdom and is home to many stupas and viharas that were built during 230 BC- 413 AD. This temple houses the famous reclining statue of Buddha which is seated on a brick platform and is 20 feet long.