Parks and Gardens in Varanasi

With devotees heading to its various ghats to make offerings to Goddess Ganga all the while, the holy city of Varanasi or Benares remains alive with hustle and bustle, typical of any other Indian city. Besides its famous ghats, Varanasi also boasts of numerous parks and gardens which span through the length and breadth of the city.

These gardens and parks not only provide a viable means for the people of the city to rejuvenate themselves but also open new vistas of opportunity for nature lovers who head to these gardens to soothe their senses. 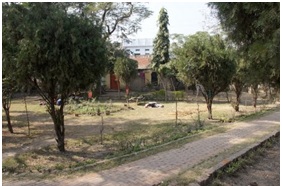 Located at a distance of 1 km from Guy Ghat, Machodari Park is famous among locals and tourists alike who make it a point to visit the park, whenever they pass through the area. The park can also be accessed via Rabindranath Tagore Road. The park can be visited during early morning hours and late evenings.

Street hawkers offering a taste of traditional Benares cuisine are worth a try when on a visit to the park.
Address: Rabindranath Tagore Rd, Kotwali, Varanasi, Uttar Pradesh 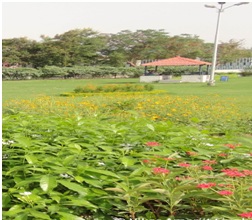 Located near the famous Assi ghat, Dumraubagh is popular among morning walkers who make it a point to go around the park and relish the healthy air of that time. The park also boasts of a jungle gym, another add-on for the fitness enthusiasts who head to the park.

Locals and tourists alike can be spotted relaxing in the park, as they finish their daily dose of roasted peanuts which are available just round the corner at Assi ghat. 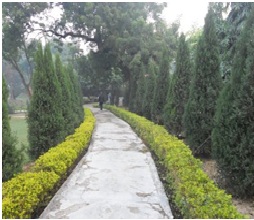 One of the liveliest parks of the lot, Nehru Park is popular among children. Located centrally in the vicinity of JHV Multiplex in Cantonment area of the city, Nehru Park has multiple slide swings which enable the children to make the most of their outing with the family.

Evening hours are the busiest at the park as parents make it a point to visit the same along with their children to enable them to relax and rejuvenate at the same time. 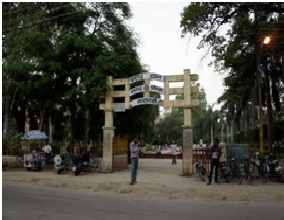 Located at Sigra, just off the main road, the park also has a unique collection of medicinal plants which makes it popular among students and nature lovers. You can try some of the local delicacies of the region at Kovil Vegetarian Restaurant which is located in close vicinity.

Located in the old city area of Varanasi, Shivala Park gives a viable breathing space to the residents as they come here to seek some solace from their hectic daily schedule. Though located in a residential area, the park is well maintained and offers some moments of comfort to the locals. 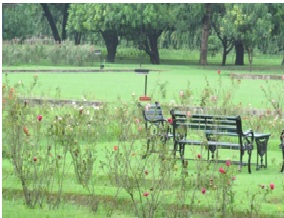 True to its name, the famous Rose garden of Varanasi attracts flower lovers from far and wide. Though any time of the year is good enough to be at the Rose garden, March witnesses hectic activities as Rose is in its full bloom.

The garden is centrally located and can be accessed via the road that leads to Vishwanath temple through Benares Hindu University Campus.

Located in Nagwa, Varanasi, Ravidas Park is perhaps the only one of the lot where one has to pay entry fees. Adults are charged entry fees of Rs 5/- while Rs 2/- have to be paid for the kids.

The park has numerous slings and slides making it a perfect place for the kids to cool their heels, even as the parents enjoy the pristine ambiance of the park which is dedicated to late Saint Ravidas.