Varanasi is essentially a Hindu city marked by numerous small and big temples scattered all over the place. Even the city and its neighbouring areas are regarded as sacred by Jains and Buddhists. But the city has very little prominence of Islamic culture and history. Even though the Mughals left a strong impression on its neighbouring cities – Allahabad and Lucknow, Varanasi remains unfazed by the etiquettes and traditions of Islam.

The city, however, houses a masjid or mosque that has acquired a controversial status owing to its notorious history. This mosque is known as Gyanvapi Mosque. It is situated north of Dashashwamedha Ghat, adjacent to Lalita Ghat.

Gyanvapi Mosque is said to be the creation of last prominent Mughal emperor, Aurangzeb, established beside Kashi Vishwanath Temple or the Golden Temple of Varanasi. It is said that Aurangzeb was not happy with the elite Hindu culture in Varanasi, then Benaras, and decided to use the temple as qibla wall of the constructed mosque. 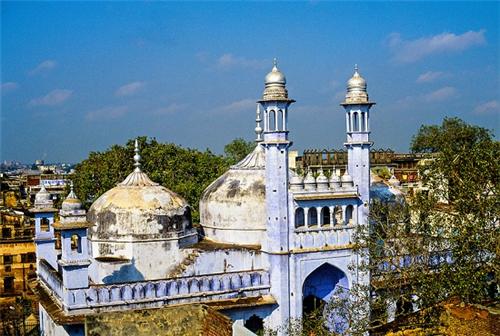 A well known as the Gyanvapi well or the “well of knowledge” is situated between the temple and the mosque. This well is considered as an auspicious well by the Hindus who believe that the sacrosanct Shiva lingam icon is hidden.

The facade of Gyanvapi Mosque is erected in Taj Mahal style and has minarets there were 71 meters high. These minarets dominated the skyline of the city until the 1948 flood forced a portion of the tower to collapse.

Today the mosque and temple co-exist harmoniously and is cited as a perfect example of religious harmony in the country. The mosque receives a protection by the government under Palace of Worship (Special Provisions Act), 1991.

Another beautiful mosque in Varanasi is the Alamgir Mosque that overlooks the serene Panchganga Ghat. The mosque is also known as Beni Madhav Ka Darera. The distinctiveness of the mosque lies in the fact that it is the largest structure on the banks of river Ganga in Varanasi.

This mosque, like Gyanvapi mosque, has a controversial history. The mosque is said to be built in a place where a Lord Krishna Temple was previously located. The temple is said to have been built in Vishnu architectural style. The temple was destroyed and was reconstructed as a mosque by emperor Aurangzeb at the time of Mughal invasion in Varanasi. 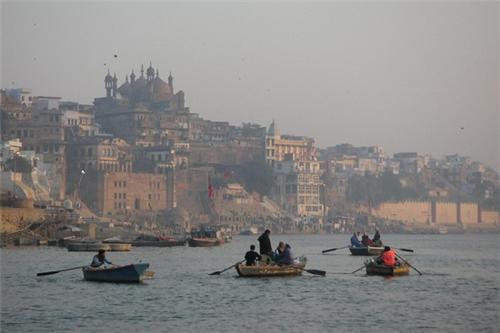 The architecture of the mosque is indeed a thing of beauty. The mosque is a perfect blend of Hindu and Persian architecture and the works on the walls and domes are considered as masterpiece even today. The edifice of Alamgir mosque adorned with delicate carvings, chiselled pillars, magnificent domes and towers. To enjoy the real architectural beauty of the mosque, take a boat trip at Panchganga ghat and appreciate the panoramic view of the grand structure.

The temple continues to exist at the base of the mosque that is adorned with rich structures inspired from Hindu architecture.

Situated just beside Varanasi railway station, Adhai Kangra Masjid is another important mosque in the city. It is believed that the mosque was constructed way back at the end of 12th and dawn of 13th century when Muslim rule were trying to establish a strong foothold in Southeast Asian countries. Though Adhai Kangra means two and a half dome, this mosque has only one dome complimented with a huge drum. Apart from the dome another interesting aspect of its architecture is the impressive gate that leads the devotees to the main prayer hall. Adhai Kangra Masjid is a perfect symbol of unity between Hinduism and Islam as the walls of the mosque are carved with Hindu inscriptions. The mosque continues to remain functional and is extremely well-maintained. 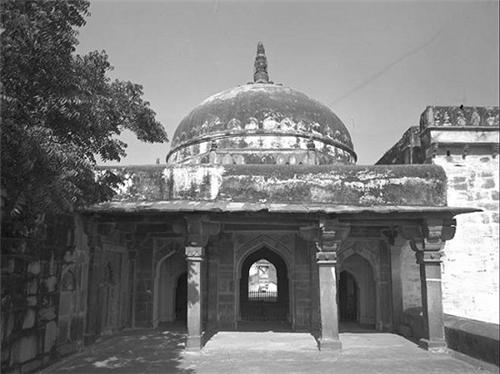 Ganje Shahida mosque is located at the west of Kashi railway station near Raj ghat. The mosque is believed to have been erected at the break of 13th century at a time when Delhi Sultanate was trying to expand its power and jurisdiction. As per archaeologists, the walls of the mosque are built entirely from stones taken from temples and it underwent through several stages of development with numerous changes in its pillars, columns and stone slabs. In 19th century it was revealed that Ganje Shahida was actually twin pair of mosque. The double hall of the mosque is oblong shaped and the mosque has no domes. Currently, the mosque is managed by Sunni Wakf Board.

Another mosque named Jamia Masjid, located at Maulvibagh at Sigra is a know destination for Islam devout in Varanasi. Other small yet prominent mosques in Varanasi are:


All these have an immense significance in contemporary times as it signifies the peaceful and cordial existence of both Hindu and Muslim community in the country.