On the bank of Ganges, India’s one of the most divine place, Varanasi is located. According to Indian mythology, history of Varanasi is almost 3,000 years old. The city also speaks about the history of 12th century, the Islamic period. The monuments, forts and other archeological structures have also created deep impact on the appearance of the city. Along with ample of Hindu temples, the city is packed with ancient mosques and tombs as well. Varanasi itself is a city which practically puts light on religion or communal unity of ancient as well as present days. The classic architectural beauty of Varanasi is indeed commendable, which attracts various tourists from far and wide. The monuments of Varanasi are briefly described below: 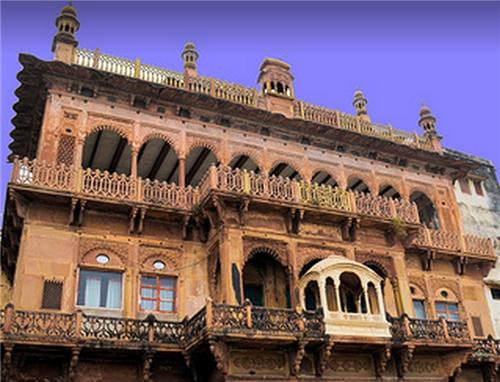 Varanasi has a spectacular 18th century Ram Nagar Fort, which has been constructed by Maharaj Balwant Singh on the sacred bank of river Ganges. The prodigious red sandstone fort is a class example of the Monuments of Varanasi. Varanasi stays unexplored unless one visits the Ram Nagar Fort. The well maintained fort is a blend of Indo-Islamic architecture. The royal family of Kashi still resides in the fort and so the royal portion of fort remains closed for tourists. The ‘Durbar Hall’, museum, and the temple inside the Ram Nagar Fort are the prime focus of the fort.

The significant Muslim sculpture, the Tomb of Lal Khan is another eye-catching tourist spot. The tomb was constructed in 1773, which clearly shows the unity between Hindu and Muslim. The tomb is situated close to the massive iron bridge on the river Ganges, in Varanasi. The location itself is very graceful, skirted with trees and colorful flowers. 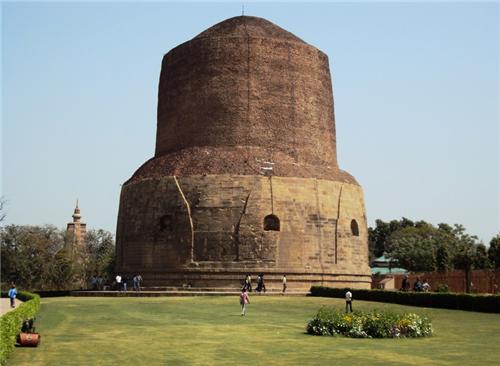 The great Mauryan ruler Asoka built this 39m high circular mound like structure in 249BCE, which was later restructured in 500 CE. Epic explains that the place, Dhamekh Stupa, was actually the place where Lord Gautama Buddha explained his first ever sermon among his five followers.

The official symbol of India, four lions back to back standing, has been taken from the imposing pillar engraved during King Ashoka’s era. This 17m tall pillar, popularly named as Ashoka Pillar is another stunning tourist spot in Varanasi. 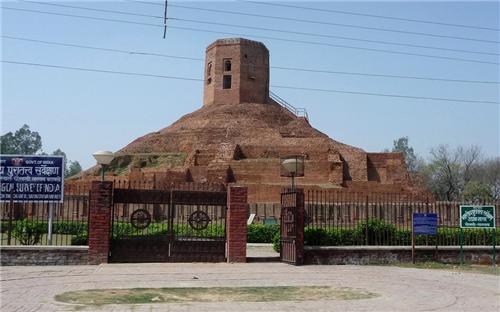 The mound like structure, Chaukhandi Stupa is the architecture of Gupta period. This Stupa was built in order to conserve the remains of Lord Gautama Buddha. This Stupa carries the history between 4th to 6th centuries. The versatile genius Emperor of Mughal Era, the Akbar, in 1567 constructed an octagonal tower on the mound as a remembrance of his father, Humayun’s visit.

Though this wonderful creation is now in dilapidated condition, yet it is still an architectural marvel of Varanasi. The Tomb of Lal Khan is located within the confine of Raj Ghat Fort, an impressive Muslim sculpture.

Mughal Emperor Aurangzeb founded this mosque on the foundation of old Vireswar temple. The mosque’s delightful structure stands on the north-west direction of Well of Knowledge or ‘Gyan Vapi Kund‘. This remarkable mosque can be differentiated from the rear, which has 2 octagonal minarets 7-70 m above the river level.

Close to Vishwanath Temple or Golden Temple, the Gyan Kup Well or Well of Wisdom is another tourist attraction of Varanasi. 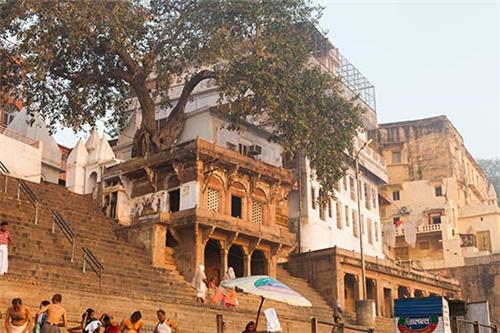 Ganga Mahal is a palace, situated on the extension of Assi Ghat. It was created by Maharaja of Banaras in the year 1830. The beautiful shape of the Ganga Mahal is very popular to the tourist enthusiasts.

Another wonderful masonry creation is Madho Rai ki Masjid. The mosque was established on the same site where there was a temple of Lord Vishnu. In 19th Century, James Princep reconstructed this smaller Aurangzeb’s mosque and made it a magnificent tourist spot. The entire city can be viewed from the apex of this masjid.