Manikarnika Ghat is one of the oldest ghats of Varanasi and is known as the cremation ghat. Hindus believe that if a dead body is cremated in Manikarnika ghat, the body attains moksh, that is, freedom from the cycle of rebirth and death and the body gets intermingled into Lord Shiva. 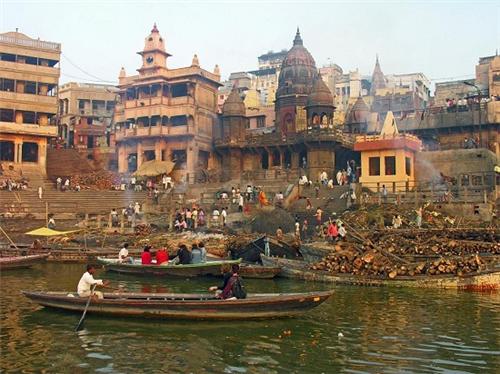 The Origin of Manikarnika Ghat

Like every ghat in Varanasi, Manikarina ghat too has a tale behind its origin. It is commonly said that when Mata Sati set herself ablaze after Lord Bramha’s son, Raja Daksh Prajapati, humiliated Lord Shiva during a yagya. Lord Shiva then took the burnt body to Himalayas. During this journey, Mata Sati’s body parts started falling in different parts of the earth. It is believed that Mata Sati’s earrings fell in Manikarnika ghat. Manikarna in Sanskrit means earrings and that is how that ghat got its name.

Another story about the inception of Manikarnika ghat is that Lord Vishnu prayed for several thousand years to please Lord Shiva and stop him from destroying Kashi. Impressed over Lord Vishnu’s prayers Lord Shiva and goddess Parvati came down to Kashi to fulfil his wish. At this time, Lord Vishnu dug a well or kund for the couples to bathe. It is said that while taking a bath, Lord Shiva’s earring fell in the well and from then onwards the kund is known as Manikarnika Kund and the ghat had the name Manikarnika as well. Manikarnika Kund is also acknowledged as Cakra – Pushkarini Kund. It is said that this Manikarnika Kund is even older than the River Ganges. It is also considered that Lord Vishnu’s Charanapaduka, that is, Lord’s footprints is placed in a white marble slab in the ghat since Lord Vishnu had spent a considerable time at the ghat. 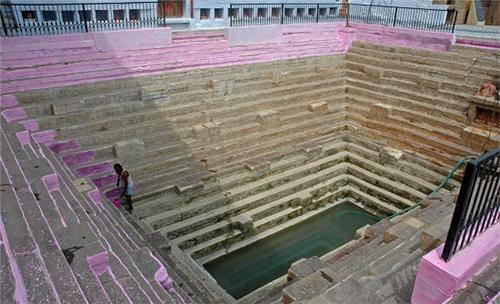 Another common tale behind the origin of Manikarnika ghat is that while Lord Shiva was performing taandav or dancing angrily, an earring from the Lord’s ear fell on earth which is now known as Manikarnika ghat.

As per the fourth tale, goddess Parvati hid one of her earrings in the ghat and asked her husband Lord Shiva to find it.

According to the fifth mythological tale, Manikarnika Kund was established by Lord Vishnu to make the mortals in earth realize that every living organism is meant to have an end or death. The hot ashes of dead bodies in the kund will act as symbol of death and immortality.

Manikarnika ghat has a temple of Lord Shiva and goddess Parvati that was built by the Maharaja of Awadh in 1850. This has evolved as one of the most visited temple in Varanasi and is also the most polluted one. 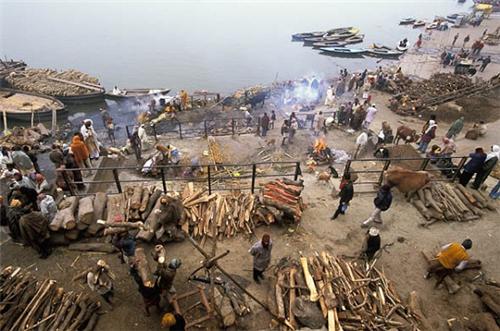 The sight of Manikarnika ghat can be really disturbing especially for tourists who are not accustomed to the concept to Hindu cremation. If you are brave enough you can even go for a guided tour of the cremation, that comes with a fee, where priests will take you through the piles of burning wood and dead bodies wrapped in a cloth waiting for its cremation turn. The sight and smell of the entire ghat can be extremely creepy at times. But make sure to bargain hard with the priests.

Manikarnika ghat is definitely not one of the ghats where your mind can find peace and solace but if you want to fully understand the Hindu concept of rebirths and deaths, the ghat is worth a visit.