Jainism is a very popular culture in India. The followers of this cult are said to be very strict regarding their ethics and values. Being the city of temples, Varanasi has numerous Jain temples. The two most famous Jain Temples of Varanasi are: 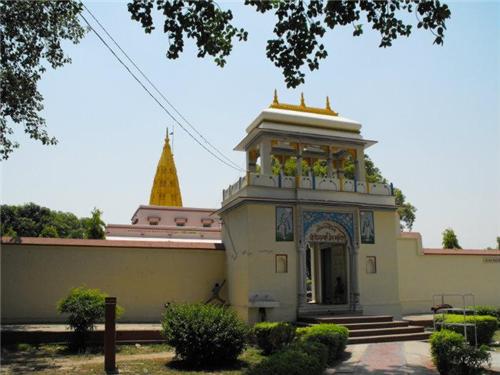 The Digambara Jain Temple, Sarnath, Uttar Pradesh, is located to the southwest of the Dhamekh Stupa in Sarnath, Varanasi.

The Temple is about 11 kilometers from the main city of Varanasi and can be reached via taxi/auto rickshaw/cycle rickshaw. Following is the route-description of the Temple:

The Temple will be on your left. 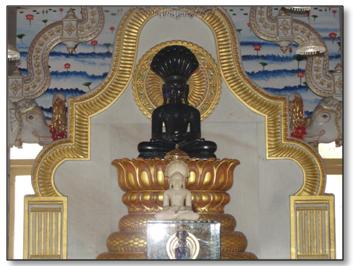 The area near the Jain Temple offers many delicacies with restaurants offering a multitude of cuisines including Chinese, South Indian, and Continental.

While there are not many options for shopping in Sarnath, Varanasi is located just 11 kilometers away, and showcases many complexes such as the PDR Mall on Luxa road, and IP Mall on Kabir Road.

Some of the popular nearby places include:


History of the Temple

The Jain Temple in Sarnath is one of the most distinguished Jain temples in the country. It was built in 1824 and is said to be located at the spot where Shreyanshnath, the 11th Jain Tirthankara was born.

Shri Parshwanath Digambar Jain Tirtha Kshetra, Bhelupur, is located approximately three kilometers away from the Banaras Hindu University, and four kilometers from Banaras Cantonment.
There are two Jain temples dedicated to Parshvnath, located adjacent to each other (Digambar and Shwetambar). The only difference being that, Digambar Temple has a 75 centimeter tall black idol, whereas the Shwetambar Temple has a 60 centimeter tall white idol.

The temple is about 5 kilometers from the heart of Varanasi, and can be reached from anywhere in the city by taxi, auto rickshaw, or foot. Make sure that you reach after 12 pm and before 9 pm at the night, as the temple remains closed otherwise. The first week of January is considered to be the best time to visit.

While Bhelupur boasts of many variety shops such as saree stores and an Archie’s, nearby, Varanasi provides bigger shopping centres.

Some of the popular nearby places include:

History of the Temple

The temple is dedicated to Lord Parshvnath, the 23rd Tirthankar of the Jain faith, who was said to be born here, circa 800 BC. The Tirth in which these temples are located finds mention in 14th century texts, and it is the place where the daughter of the king of Kashi was arranged.