Hotel India Varanasi offers 70 rooms and 2 suites to make your stay comfortable in the city. The hotel is conveniently located at a distance of 0.5 km from the city railway station. 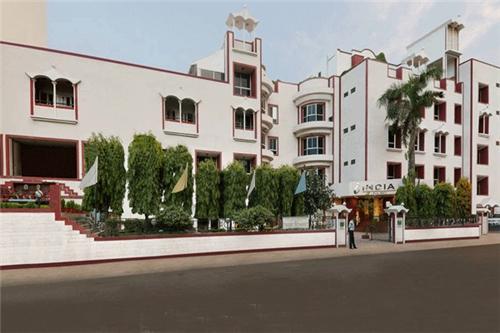 To ensure that visitors do not overburden themselves on budgetary aspect of their visit, the hotel tariff has been divided into three categories. These include Standard, Executive and Suite with tariff ranging from Rs 3,000 for a standard room, 3,500 for an Executive room and 6,500 for the Suite. Luxury and other applicable taxes also apply. These rates are for double occupancy and the guests can expect a discount of 5% for single occupancy in these categories.

With 24 hours room service along with air-conditioning and hot/cold running water available, a stay at the hotel is sure to soothe your senses. Refrigerator in the room is well furbished and guests can expect a mini-bar in the room.

How to Reach Hotel India Varanasi

Babatpur Airport located at a distance of 22 km from Varanasi connects the city to the rest of the country. Regular flights to important cities as New Delhi, Mumbai, Lucknow and Kolkata operate from the airport. Taxis can be hired at the airport itself to Hotel India Varanasi in the Cantt area.

National Highways 2, 7, and 29 pass through Varanasi virtually connecting the city to rest of the country. UPSRTC buses operate from Golgadda bus station and connect the city to other places within Uttar Pradesh and other neighbouring states.

Local buses, taxis and auto rickshaws can be hired from the bus station to Hotel India Varanasi.