An ancient city situated on the banks of the holy Ganges, Varanasi is also known by the names of Benares and Kashi. It has been considered among some of the world’s oldest cities which has been continuously inhabited over centuries past despite various invasions and annexations to different kingdoms. A city of temples almost emerging from the Holy river Ganga, it can be safely dated to the 18th century depending upon the evidence presented by the temples available these days. It has the character of being the religious centre for the three religions namely. Hinduism, Jainism and Buddhism. 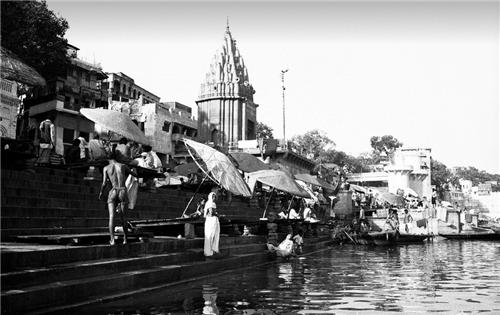 Varanasi is also the seat of learning and a cultural hub of the oldest traditions in music and the performing arts. It has been attributed with the creation of the Benares Gharana of classical Hindustani singing with many an exponent of the arts having made the city their permanent residence. This city has the unique distinction of being a craftsman’s paradise because some of the most exquisite examples of craftsmanship can be seen here in the fields of weaving, metalwork and sculpture.

Varanasi as Seat of Learning

Varanasi has been, since ancient times, the seat of learning as most of India’s prominent seekers, thinkers, philosophers, poets, writers and opinion leaders have either been born in this area or have migrated here to impart their teachings. Lord Buddha had given his first sermon at Sarnath, near Varanasi, after attaining enlightenment. Swami Tulsi Das had penned the Ramcharitmanas here and there is a temple devoted to commemorate the event. Kashi is the given name of the city in the Rig Veda. The name denotes ‘Luminous city’ or a resplendent seat of learning which Kashi had become during the advent of Buddhism. This seat of learning has been further propagated in the recent centuries with the setting up of the Benares Hindu University in a beautiful campus that has made it the largest residential university of Asia.

Mythologically the city is believed to have been founded by Lord Shiva and has the power to bless all who visit it with ‘Moksha’ or salvation. The Pandavas have been mentioned in the Mahabaharata as having visited Kashi to atone for their sins of killing Brahmins during the Great War at Kurukshetra.

Varanasi Under the Muslim Invaders

Varanasi has had a checkered life history of strife and struggle. However, every time it was razed to the ground it has risen from the ashes veritably like the proverbial phoenix to regain its pristine glory. The earliest remnants of Varanasi’s temples and life may probably have been erased by time but what remains can definitely be dated to the 18th century. According to the Garuda Purana, one of the fountain heads of Indian philosophy, the city has been nominated one among the seven cities where one may attain nirvana or salvation from the cycle of birth and death.

The other six cities are Ayodhya, Mathura, Gaya, Kanchi, Avantika and Dwarka. While archaeological remains suggest that Varanasi was inhabited by the Vedic people, its history gives glimpses of glory under various patrons and monarchs on the one hand and also pitiful marauding under the pillaging hordes of conquerors. Several travelers like Xuanxuan and Hiuen Tsang wrote about the multitude temples of the city. They remarked upon its character as a thriving industrial centre were all kinds of fine handicrafts were worked upon in ivory, muslin and silk besides precious metals and stones along with delicate perfumes and jewelry.

Varanasi the Fountain Head of Spirituality

While Adi Shankara had established Varanasi as the throne of Shiva and made Shiva worship its official religion there was much more to the divine antecedents of Varanasi that was to turn the fortunes of kingdoms. The fine threads of spirituality have bound Varanasi down the ages. Whether it was Parshva, the 23rd Jain Tirthankara or Lord Buddha who spoke of the ‘Wheel of Law’ at Sarnath or even when it was Guru Nanak visiting the city during Shivratri the spiritual links of the city have traversed space and time from mythology to history and the contemporaneous. Swami Ravi Das had set up his meditations on the banks of the Ganga on one of the Ghats when he baptized his disciple, Kabir, who was to become the harbinger of the Bhakti movement in the country. In fact Varanasi was virtually been the very breeding ground of the ‘Bhakti Movement’ or the religious reformist movement of the 15th century.

Qutub-ud-din-aibak, the Turk invader, ordered, in 1136, the destruction of 1000 temples in Varanasi in a bid to stem Hinduism. Later Feroz Shah, in 1346 and much later Sikander Lodi in 1496 finished off most of the remaining temples to totally annihilate Hinduism from the city. This downward spiral of destruction ended with the arrival of Akbar, the tolerant Mughal emperor, who ordered the rebuilding of two large temples dedicated to Vishnu and Shiva. Much later Sher Shah Suri improved the roads network extending it from Kolkata to Peshawar which later became the Grand Trunk Road during the British rule. Yet, before this there was the rule of Aurangzeb, the Mughal emperor who was not as tolerant because he destroyed the temples yet again and ordered for the construction of mosques.

During the British era, however, Varanasi was an independent state under the rule of the Maharaja of Benares. The Rajput and the Maratha kings build the city again during the 18th century when once more it could raise its head as a proud and beautiful city. During the British rule Varanasi had spearheaded the 1857 Mutiny in which several stalwarts including Rani Lakshimibai and Tantia Tope had fought bravely. Kashi Naresh or the king of Kashi still resides in the Ramnagar fort, East of Varanasi across the Ganga. He is the scion of the Varanasi royal family and continues the traditions of his forefathers. The Ramnagar Fort holds within its confines most of the remnants of Varanasi’s history. The Kashi Naresh is a religious head and a Chief Patron of the arts and cultural activities in the region.

Varanasi carries the marks of its ascendance through the annals of history in its various temples and artifacts. It is a city with a divine dignity which it wears proudly like a mantle because of its having witnessed centuries of human endeavor and having survived. It continues to thrive even today.