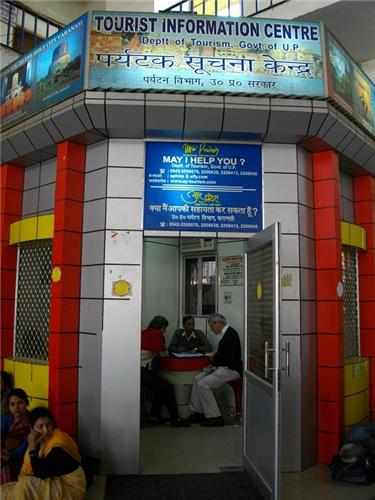 There are a number of government offices headquartered at Varanasi. These offices fall either under central or state government and are directly responsible to their respective heads. The task of the government offices mainly revolves around the maintenance of the city, speedy technological advancement, beautification, proper preservation and conservation of heritage sites and curbing crime rate.

Let’s take a closer look at some of the major government offices located in Varanasi:

The main headquarters of Central Silk Board is in Bangalore and has a regional branch in Varanasi. This board is the apex body operating for the expansion of sericulture and silk throughout India. Established in 1948 under Act of Parliament, the board is a subsidiary organization of Government of India’s Ministry of Textile.

The main purpose of this department is to promote the growth of silk industry in Varanasi region through various research, development and technology transfer, to encourage empowerment in silk industries, and finally, to improve the quality and productivity of silk.

Varanasi Nagar Nigam is perhaps the most important government body in the city. Without proper functioning of Municipal Corporation, the entire city will come to a standstill. Nagar Nigam came into existence on March 1959 and since then has been providing a host of services for its residents and expats.

Civil Court in Varanasi was established way back in 1913 across river Varuna. During those times, the court was headed by District judges. Civil Court was the primary court in the city, other courts such as Civil Judge, Small Causes Court, Munsif City, Munsif Hawali were other secondary courts that came under the jurisdiction of Allahabad High Court.

In present times there are about 53 courts under Varanasi Judgeship which also include District Judge and Session Judge. There are two Bar Associations under Judgeship:

There are as many as 28 Life Insurance Corporation (LIC) offices in Varanasi.LIC began its operation in 1956 after Life Insurance of India Act was passed in parliament. LIC offers various plans and schemes such as insurance plans, unit plans, micro insurance plans, special plans, health plans, group schemes, gratuity plus NAV and withdrawn plans.

Pollution Control Board in Varanasi

Uttar Pradesh Pollution Control Board has its branch in Varanasi. The function of the board as directed under Water Act 1974 and Ait Act 1981 is to prevent and control air and water pollution. The Board also organizes awareness programmes to educate people on the negative effects of pollution. It also takes legal actions against law - neglecters.

Indian Council for Cultural Relations (ICCR) falls under the wings of Ministry of External Affairs, Government of India. ICCR was inaugurated in Varanasi on December 14, 2007. The organization is directed to take care of the activities of foreign students, cultural performances for foreign delegates, organizing seminars and exhibitions.

Post offices in India have a long history and its originated way back in 1774. Post India’s independence, post offices came under the supervision of Government of India. There are a number of post offices in Varanasi and presently also acts as a bank.

Other important government organisations present in Varanasi are: