Varanasi, a small, vibrant city mostly noted for its deep-rooted religious and traditional culture, is located in the eastern part of Uttar Pradesh. The holy city is situated on the western, left banks of river Ganges at an elevation of 50 feet to 70 feet above the river. Varanasi adopts a beautiful crescent shape along the river banks. Varanasi is quite close to two of the most important cities of Uttar Pradesh – Allahabad and Lucknow. The city covers a distance of 320 kms from Lucknow and 121 kms from Allahabad. It is not very far from the Nepal border either, with just about 390 km of road distance between the two destinations. 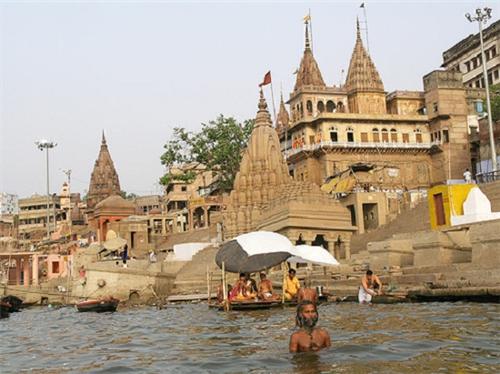 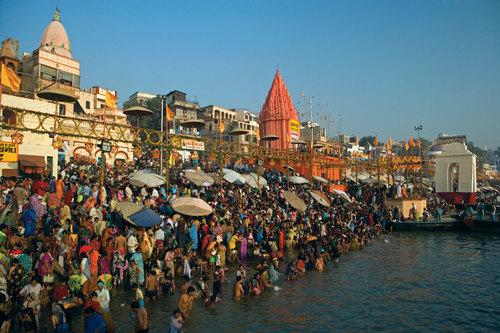 Varanasi has a subtropical humid climate with extreme difference in temperature between summers and winters. The summers commence in April and ends in June and the temperature during these three months range between 22°C and 46°C. Hot waves of air, commonly known as loo, blows throughout the day making the weather extremely dry. After summer, follows the monsoon season. This season lasts from July to September. The average yearly rainfall in the city is 1,110 mm or 44 inches.

Winters in Varanasi experience high diurnal temperature fluctuations. While the days are warm, the nights are immensely cold. Cold waves from the Himalayan ranges forces the temperature to dip below 5°C and dense fogs are common in the season as well. It is believed that the effects of global warming has been harsh on this region and has resulted in gradual decrease of the water level of river Ganges.

As many as 60,000 people take a dip in the 7 km stretch of river Ganges in Varanasi making the river heavily polluted. With 30 large sewers discharging into the river, the holy water has turned septic and no dissolved oxygen exists in the river. Water sample from the river reveal that there are over 1.5 faecal coliform bacteria existing in every 100ml of Ganges water, which should have been less than 500 to make the river water suitable for bathing. 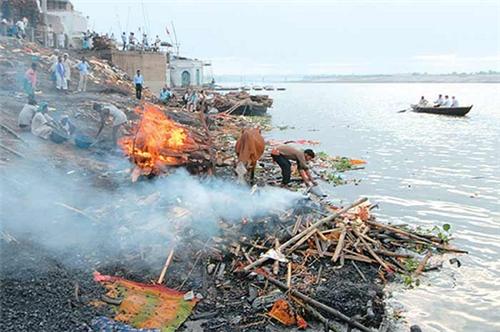 Type of Soil in Varanasi

Facts and Figures about Varanasi