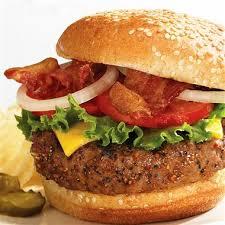 Fast food is characteristically termed to those food types which are served in less time mainly prepared with pre-cooked or pre-heated ingredients and sold to customer from a restaurant or store and often served in a packaged form. First introduced in United States this form of food has crept up the popularity charts down the years and today it is one of the preferred food for people across countries.

Fast food restaurants have few limitations like they have minimal dine-in option and they also serve hot from a definite menu as and when order is placed. These modes of restaurants are actually part of restaurant chain or have franchise operation. One of the first fast food restaurants were A&W in the year 1919 and White Castle in 1921 in Unites States of America. The top most American fast food restaurant chains Dominos and McDonald, Subway and Pizza Hut have multinational presence with several outlets in different parts of the world.
Due to many factors like changing lifestyle, tasty yet less preparation time and quick grab and serve option, the young Indian population have got accustomed to the fast food industry and according to market analysis in between 2011 -2014, India marks a sharp 34% growth in this industry. Big players are entering the country for business whereas the existing ones are expanding their presence in other states. In Varanasi not only all the market leaders of fast food industry have their presence but in some cases they have more than one outlet with planning to come up with more outlets.

Varanasi has some of the finest fast food restaurants which has been discussed for the visitors so that a better understanding and choice can be made.

Founded in 1960, Dominos Pizza is an American fast food restaurant which has placed themselves as the second largest pizza chain in United States of America and the largest in worldwide locations. Having a presence in over 70 countries it has more than 10,000 franchises all over the world. In India Jubilant Foodworks Limited is the master franchise for Dominos Pizza. Established in 1996 it has opened multiple restaurants in all states and various cities of the country. Varanasi is one of the cities which have more than one Dominos pizza outlets in the city along with home delivery options in almost all parts of the city. It was in the year 2009 that the first Dominos Pizza outlet in Sigra , Varanasi got inaugurated. With much crowd pressurizing the single counter the next outlet was planned in Bhelpur, Varanasi. In the year 2012 the next outlet got established and the home delivery service became smoother with an extended area of service.

The two major outlets in Varanasi of Dominos Pizza are:

World's largest restaurant company Yum! Brands, Inc  has the subsidiary of Pizza Hut Inc, an American restaurant having an international presence in more than 94 countries and territories  of the world.  Founded in the year 1958, this restaurant offers not only versatile pizzas but along with it salads, pasta, garlic breads, beverages, bread stick, buffalo wings and delicious deserts. In India it has many outlets in several parts of the country. Varanasi too has outlets of Pizza hut with its delicious servings. Pizza Hut has various types of restaurant, while some are family dine in while others are take away or home delivery centers.  The price of the restaurant is very reasonable which makes the restaurant in Varanasi much popular. Established in the year 2007, it has gained much praise and approval from the people which makes it the best in the city.

Another major fast food chain which has taken on the charts in a very less time is Mcdonald’s. Being an American chain restaurant, the primary servings of this food joint is hamburgers, burgers in cheese and chicken, salads, french-fries, smoothies, beverages and deserts . It is one of the fastest growing food chain with more than 34000 restaurants in more than 118 countries and territories. It has both dine in and drive through service which makes it more popular. In India, like every major city, Varanasi has also been honored with the presence of the restaurant. The people of Varanasi enjoy the restaurant outlets and consider the same as a good time spend with return worth every penny be it hospitality or quality of food, ambiance or taste.

The major two outlets of Mcdonalds in Varanasi are

Explore more about Food in Varanasi