Varanasi, a magical confluence of the physical, metaphysical and spiritual world is considered as one of the most sacred places for Hindus, Jains and Buddhists. It is believed that person who dies in Kashi, earlier name of Varanasi, finds a place in heaven and achieves moksha or nirvana, meaning free from the cycle of rebirths. 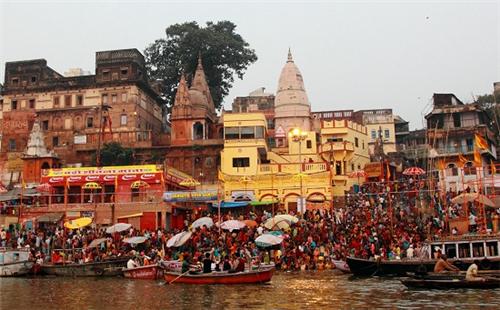 Of all the interesting places, Dashashwamedh Ghat is the most prominent place to visit in Varanasi. There are around 100 ghats in the city and each ghat has its own unique tale. Dashaswamedha Ghat in Uttar Pradesh is regarded by many as the most enchanting of all ghats. This ghat is also believed to be the oldest ghat in the city.

Two mythological tales are associated with Dashashwamedh Ghat. According to one belief, Lord Brahma sacrificed ten horses (Ashwa) to perform a Das Ashwamedha yagya. The horses were sacrificed to allow Lord Shiva to return from a period of exile. As per another belief, this ghat or bank was created by Lord Brahma to welcome Lord Shiva on earth.

If tales are to be believed, in second century, Bhara Shiva Naga rulers also sacrificed ten horses while performing a ritual.

In 1970, the ghat got a facelift with efforts from Bajirao Peshawa I. Again in 1774, the ghat was reconstructed by Ahilyabai Holkar, Queen of Indore. 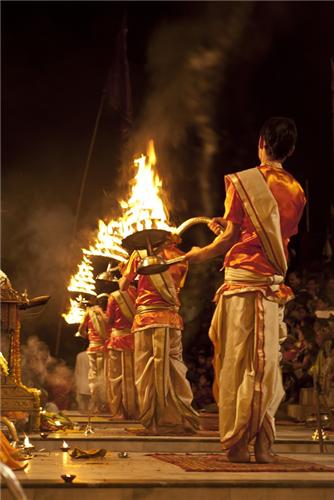 Dashashwamedh Ghat looks even more beautiful during the evening when the daily aarti to Agni Pooja or Ganga Aarti is performed as a dedication to Lord Shiva, Surya (Sun), Agni (Fire) and river Ganges. Special pujas are held on Tuesdays and on festive occasions. This puja is conducted by a group of priests who carry big puja thalis and brass aarti lamps for their worship. River Ganges acquires a divine look in the evening when thousands of earthen diyas or lamps float on the serene water of the river. It is during this time when you can realize the sanctity and spirituality of the place. Tourists devour this out of the world sight sitting on the bank and even on a boat floating on river Ganga.

While the evenings of Dashashwamedh Ghat reflects divinity, the mornings on the other hand a more interesting picture. The ghat is more chaotic with devotees taking a sacred dip in the river, priests performing various puja rituals and amidst the chaos, sages sitting along the bank deep in their meditation. Apart from these devotional and spiritual activities, the ghat is crowded with flower sellers, touts, beggars, continuous flow of devotees and tourists and even a frenzy market place. It is one place in Varanasi where you can sit for hours without getting bored. Time will fly even before you realize, once you step at Dashashwamedh Ghat.

Just remember to stay away from touts.

There are a number of Hindu temples around the ghat, the most popular being the Vishwanath Temple, situated adjacent to Dashashwamedh Ghat. 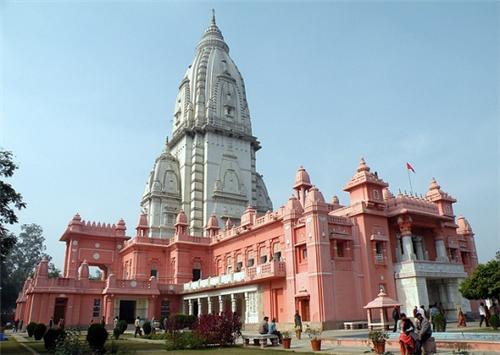 A walk from the ghat is the interesting Jantar Mantar observatory that was built in 1737 by Maharaja Jai Singh of Jaipur.

There are a number of good and budget friendly accommodation options near the ghat. Some of the good hotels and inns are:


How to Reach Dashashwamedh Ghat

From Varanasi Railway Station or Bus Stand you can hire an autorickshaw to Rathyatra. From here you have to change auto to Godaulia. From Godaoulia, the ghat is a 5 minutes’ walk. You can also hire a car that will stop at Godaulia, because no vehicles are allowed to enter beyond that point.