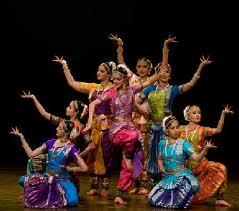 Among the various forms of art practiced, one of the most popular forms is dance. Dance has many shades from classical to western, from ballet to ballroom, tango to step dance, street dance to breakdance. To be precise every country has their specialty in this art form and many forms they have added in their list of preferences. India also has its specialty in dance like Kathak, Bhartnatyam and others whereas it has also adopted many western styles like ballet, breakdance, hiphop style, etc.

The particular art form has huge scope and with growing popularity it provides possibility of being a good career option. But for good knowledge of this field it is important to have good professional training which is very much available in Varanasi. Few of the best dance classes are there in this city.

Here is a list of dance classes in Varanasi.

Just like dance classes, music classes also receives immense popularity in Varanasi. There is a lot of demand, of this form of art and professional teaching in this field. With so much exposure in the field today there is huge scope for any good singer if perfect guidance is received and proper practice is done.