Varanasi is a small city in Uttar Pradesh that is known for its beautiful ghats, temples and deep-rooted traditional values. The city has always maintained a distance from the modern glitz and glamour that has seeped into every other city in India. It is for this reason, the IT craze or the Tatas, Ambanis and other multinational companies have not been able to pervade the holy city as yet.

Varanasi is predominantly a tourist city and attracts a large number of pilgrims and visitors all through the year and tourism, therefore, is another revenue generating option. There are a number of hotels and restaurants in the city and almost all of them are doing good business. With the increasing footfall of tourists every year, hotels of every size and budget are mushrooming in the city.

Agriculture for years and even today remains the main source of income and favourable business option in Varanasi.

Railways in Varanasi are also a booming industry. With as many as 2 million expats visiting the annually, the railway industry is minting good money.

Varanasi, the cultural capital of India also houses a number of handicrafts and small scale industries that manufactures traditional artifacts and the famous Banarsi silk. Carpets, rugs and betel leaves are other common thriving business opportunities in the city. 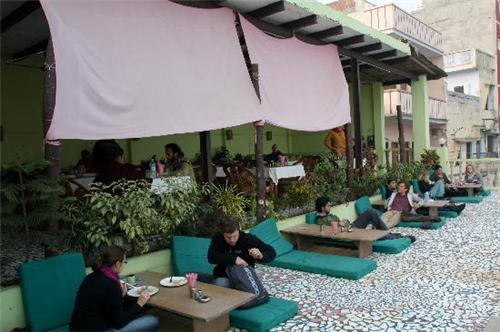 Varanasi is home to one of the leading institutes of India, Benaras Hindu University. Students from every nook and corner of the country and even from abroad comes here to create a secured future and grow as a better human being. The university adds as an immense advantage to the city as the rising student population from other cities have given rise to night clubs, pubs, lounges, spas and salons, multiplexes and shopping malls in the city. Thanks to these youngsters, the once staunch orthodox city has partially opened its arms to these modern business opportunities. These newly-launched investment options have immensely benefited a number of businessmen in the city.

The emerging middle-class in the city has greatly contributed towards the growth of Varanasi’s economy by making profitable investments in real estates, services and retail sectors. Shopping malls of Varanasi like IP Mall, PDR Mall, IP Vijaya Mall, Spice KCM Cineplex are racking in the moolah. Though business opportunities and investment options are extremely limited in Varanasi, it is one rare place in India where small scale industries are earning in profits. Hospitality and tourism industry is also showering money in the city.