One of the most popular Hindu religious place where each year lakhs of devotees gather to showcase their devotions towards Baba Vishwanath or Mahadev/Shiva, Varanasi has so many things to offer the tourists as well as the local people besides those numerous temples, shrine and major riverfront steps alongside of the bank of Ganges. There are Paanwallahs here and there in Varanasi selling various types of mouth-freshening paans to melt in your mouth and reach the hearts. No wonder the paan actually symbolizes Varanasi and its spirit in many a sense. 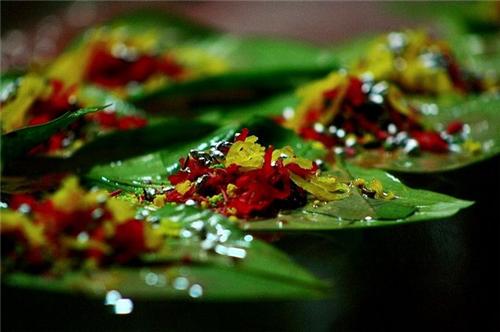 Paan or the betel leaf is the leaf of an Asian evergreen plant which is used as a mild stimulant and mouth freshener in Asian countries especially in India from a very early period. Banaras, now known as Varanasi, is as famous for its Dashaswamedh ghat as its identical paan not only in India but globally. In India, paan patta or the betel leaves have multiple usages. They are an integral part of many social and religious ceremonies including marriages and worshipping. But Indians have long been formed an affinity towards the betel leaves as a social ice breaker between known or the strangers. A guest is welcomed with a pouch of sweet betel leaf stuffed with various spices.

For the betel leaf lovers, India offers some delectable varieties of Paan depending on their source of origin and local vaiations of stuffing spices. But the popular varieties of Paan are a handful like Calcutta Meetha Paan (sweet Paan), Calcutta Sada Paan (without spices), Lucknowi Paan, etc. but undoubtedly the most popular variety of Paan in India is the one and only Banarasi Meetha Paan. Why so? Reasons are many.

Paan has a long association with India and its socio-cultural dimension. Even the great ancient physicians of our country were ecstatic about this vegetation and its usages. They prescribed numerous usages of betel leaves to cure a large number of illnesses. Gradually this South-Eastern Asian herb found its permanent place in Indian subcontinent and one day it took its cozy accommodation in our daily social lives. 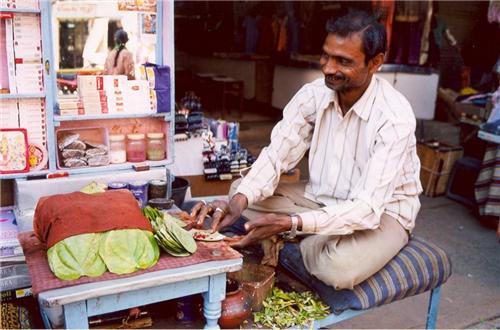 Paan or betel leaves are mostly popular in the North-Eastern belt of India. Uttar Pradesh and West Bengal being the largest consumer of betel leaves have been giving the country many palatable varieties of Paan. Banaras in UP and Calcutta (Kolkata) in West Bengal are two phenomenal names regarding presenting the best variations of Paan. Banarasi paan has created its numero uno place in the hearts of millions by the authenticity of Uttar Pradesh tradition, the usage of selected spices in proper proportion, and the taste of the betel leaves originating in that region and the cutting and folding of the leaves. All these things work magic in the mouth together.

The distinctness of the Banarasi paan lies in both the taste and texture of the leaves and the mixed spices and presentation. The distinguished difference of the Banarasi paan leaf from the Calcutta and other variation is the paleness of the colour and strength in taste. It has a mild yellowish green colour and smooth texture which gives it a less strong bitterness. The leaf is softer and melts in mouth almost immediately. The stuffing of the banarasi meetha paan is also distinctive. Saunf, elaichi beads, gulkand, sugary cherries, roasted scrapped coconut, some crushed areca nuts, cloves, tutty fruity, dried rose petals, camphor powder, colourful sugar balls, some slaked lime paste and some other delicate mouth-freshening gels are used together as the stuffing for the banarasi paan.

The sada paan is even simpler than the meetha one and is made of some aromatic dry spices only. The folding of Paan Patta and serving it are also counted as wok of art which needs expertise. The leaves are stuffed with the aromatic spice stuffing and then folded with special techniques in a identical triangular shape and then served wrapped in the silver leaves (Verk). Every other paanwallah or the household has their own versions of the stuffing. But one can definitely identify a Banarasi paan by its sheer presentation altogether.

There are so many places and stalls in Banaras to find those green pieces of comfort and freshness. There are shops in Banaras those have been selling Paan for more than half a century. Every Paanwallah has their dedicated customers and these paanwallahs regard their work as the piece of art. Each Meetha Paan in Varanasi would cost anything from a modest amount of five to twenty rupees while the sada paan would cost anywhere between two-ten rupees.

A trip to Varanasi is never complete without having the fragrant freshness in mouth especially after having a full day both gastronomically and mentally. Banaras and the Banarasi paan are synonymous and for some reason we can count on that lanky handsome man when he gets the taste and swirls around pronouncing ‘Khaikey Paan Banaraswala, khul jaay band akal ka tala…’.