Varanasi, a small city in eastern Uttar Pradesh covers an area of 1,550 square kilometres. It is one of the most populated regions of India that is complimented with over hundred thousand tourist footfalls every year. The humongous task of managing a city like Varanasi, that is known for its traditional and heritage architectures is not a piece of cake. The city’s entire administration is on the shoulders of Varanasi Nagar Nigam, Varanasi Development Authority, Varanasi Civil Court and Varanasi Police. The task of these departments is to ensure a smooth running Varanasi with minimum hurdles. Let us read through these departments in detail: 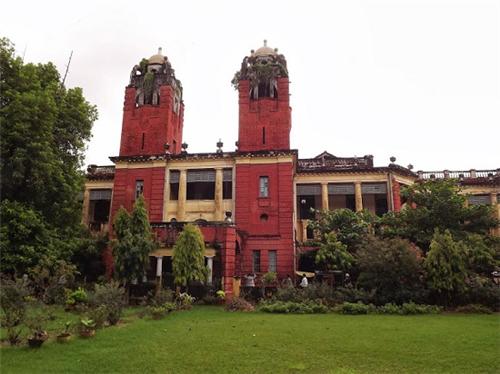 Varanasi Municipal Corporation came into force on January 24, 1959. A Municipal Act of 1959 also known as Uttar Pradesh government Act was passed through which Nagar Mahapalika was established. PK Paul was designated as the first ever Municipal Commissioner of Varanasi.

It was in 1994 that Nagar Mahapalika was upgraded as Varanasi Nagar Nigam as per Uttar Pradesh Government Act II. At present Varanasi Nagar Nigam takes care of 90 wards that cover around 80 square kilometres. According to 2011 Census the population of Varanasi is a little over 1 million which is also regarded as one of the most densely populated regions of the country. This entire population falls under the Corporation’s supervision. The city is tagged as B1 city according to the population norms.

It was way back in 1974 when Uttar Pradesh government established Varanasi Development Authority. The main function of the department is to preserve and restore the priceless heritage of the city and simultaneously build grounds for modern developments and infrastructure. Varanasi Development Authority together with Varanasi Nagar Nigam thrives to make the city a better place to live as well as promote it as one of the major tourist attractions of India. The department is mostly associated with the beautification of the city. To achieve its goal, the department is divided into various divisions namely Construction Division, Finance Division, Building Division, Property Division, Planning Division, Horticultural Division, Land Acquisition and Ceiling Division, Public Relation Division.

It was in 1913 when Varanasi Civil Court was established under British Raj, across river Varuna. During those times, the Court was administered by the district judges. Even though Civil Court was considered as the supreme court of the land, there were other petty courts as well such as Munsif Court, Munsif Hawali Court, Small Causes Court, Civil Judge Court. All these courts came under the supervision of Allahabad High Court. Today, there are over 50 courts under Varanasi Judgeship.

Varanasi Police keeps a strict vigilance of the law and order in the city. Varanasi, being a prime tourist spot and a highly populated city, the police system of Varanasi are always forced to remain alert and active. From curbing crime rates to directing city traffic – all these functions fall under police supervision. The police have divided the city in three zones namely, Varanasi, Mirzapur and Azamgarh. There are different wings of the police. They are as follows: